A star is a sphere of plasma that is held together by gravity. Stars come in many different shapes and sizes. The size of a star is totally dependent upon the size of the molecular cloud it formed from. 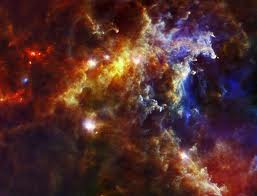